A social survival sandbox game based on the beloved
Ultracore IP. Forged in our fires, shaped with you.

Tormentosia, which was shattered like broken glass – was divided not only by its different races. But also the imminent destruction of their world, as Sorgoth – Devourer of Worlds – invaded their realm. Facing his calamitous frenzy, the six kingdoms united their power, each providing essential resources to defend their kin with a new kind of technology.

The Steam Dwarves created the gyrophasm core, which was held within a piece of the children of the sources’ most sacred relic – the Aquanopticum. Hedonists, Sauromants, Genetics and Nosmarians – with joint forces the 6 races forged – The Ultracore, located in the newly built city of Coreheim.

Enter your email to sign up for updates and Alpha playtest invites: 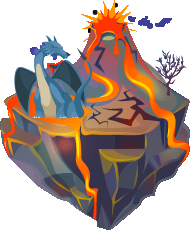 get Ready for an adventure

Proof yourself as a mighty
adventurer. Use your skills to master dungeons and defeat extraordinary bosses. 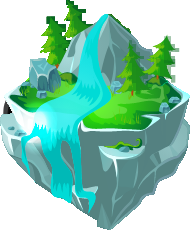 Survive with your friends

Survive in the wonderful world of Tormentosia. You have to Gather resource, craft tools and weapons, build wonderful villages and all of that with your friends. 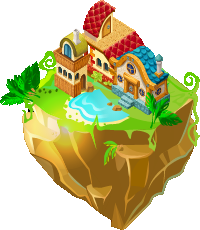 Meet other adventurers, your friends and the whole community in Coreheim. Trade, socialize or simply hang out where the wonders of Tormentosia come together.

What type of game is Ultracore?

Ultracore is a social survival sandbox game set in the world of Ultracore Pen&Paper created by our co-founder Hauke Gerdes. The game will combine three major pillars: A survival sandbox (The world of Tormentosia), a social hub (Coreheim, the location of the Ultracore) and Adventures (Diverse action experiences).

What is the world of Ultracore about?

Tormentosia is the name for all known realms. Once, it comprised 36 empires and even more people. After the attack of Sorgoth, Devourer of worlds, and the following war, most of these realms fell victim to devastation. Their inhabitants were killed, enslaved, or fled to those empires that survived the bloodshed. These remaining seven kingdoms are as diverse in their flora and fauna as can be imagined.

In the center lies the Core Nation and in its heart again the Ultracore. Its shield protects the seven realms from falling into the devastation with which Sorgoth, the Devourer of Worlds, covered Tormentosia over two hundred years ago. Only seven Kingdoms remain.

When will Ultracore launch?

We’re not ready to announce that just yet, but 2023 for Early Access and 2024 for the full release are our goals. Make sure you follow us on social media and join our Discord to be the first to know. And don’t forget to sign up for future tests too!

When are future tests happening?

We are developing Ultracore in as close a relationship with our community as possible. Therefore regular and early playtesting for the core community is a centre piece of our production plans. If you’re signed up and join our Discord, we’ll reach out through email and post on Discord to let you know how to apply for a test.

Who is games studio behind it?

The studio is called Blankhans and his home base is in Munich Germany. The team itself is spread around the globe. If you want to learn more about the studio click here.

How can I help?

We believe in feedback from our community, in fact our core principle is that we develop Ultracore on behalf of the community. Therefore we need your input. Sing-up on the website. Follow us on social media and join our Discord. Be always vocal and let us hear your thoughts. We can not apply each of them but we definitely digest all of them.If you want to directly help and you are a games professional feel free to check out our job page here.

We use cookies on our website to give you the most relevant experience by remembering your preferences and repeat visits. By clicking “Accept All”, you consent to the use of ALL the cookies. However, you may visit "Cookie Settings" to provide a controlled consent.
Cookie SettingsAccept All
Manage consent

This website uses cookies to improve your experience while you navigate through the website. Out of these, the cookies that are categorized as necessary are stored on your browser as they are essential for the working of basic functionalities of the website. We also use third-party cookies that help us analyze and understand how you use this website. These cookies will be stored in your browser only with your consent. You also have the option to opt-out of these cookies. But opting out of some of these cookies may affect your browsing experience.
Necessary Always Enabled
Necessary cookies are absolutely essential for the website to function properly. These cookies ensure basic functionalities and security features of the website, anonymously.
Analytics
Analytical cookies are used to understand how visitors interact with the website. These cookies help provide information on metrics the number of visitors, bounce rate, traffic source, etc.
SAVE & ACCEPT